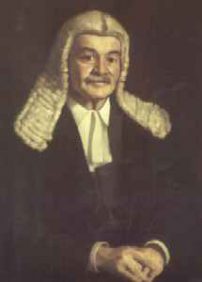 Snowball was born on 18 July 1859 at Wolsingham, Durham, England the son of Joseph Snowball, a miller and Sarah née Fitzgerald. The family migrated to Victoria in 1868 and young Oswald was educated at Carlton College, Fitzroy before qualifying as a barrister and solicitor in 1883; in 1895 he formed a lasting legal partnership with his brother-in-law James Kaufmann as “Snowball & Kaufmann” of 49 Queen Street, Melbourne.

Joining the Loyal Orange Institution of Victoria in 1878, Snowball became a Freemason in 1884 and steadily rose through the ranks to become master (1888-89), district master (1898-1905) and after the death of Sir Simon Fraser (q.v.) that of grand master (1905-28); he fought publicly against gambling and liquor and advocated the introduction of bible reading in State schools. But Snowball could be equally made to speak out against perceived Catholic anti-imperialism and his public stoushes with the Catholic Archbishop Daniel Mannix (1864-1963) were widely reported in the press notably in July 1912 when Snowball denounced the establishment of the “Catholic Federation” not for preventing unemployment or poverty but to “destroy state education” and condemned statements made that Catholic children sent to state schools should be denied sacraments of the church. Nor did the Catholic benefactor, John Wren (Boroondara Cemetery) escape criticism from Snowball.

In state politics, he succeeded Sir Thomas Bent (q.v.) in the seat of Brighton (1909-28); described as “assiduous in his constituents’ interests” he was re-elected comfortably in seven subsequent elections. His legal mind and unbiased objective views made him an ideal member of many sittings committees and royal commissions, including fruit, vegetable and jam (1915), fisheries (1918-19) and as chairman on Victorian outer ports (1923-28). From July 1927 until his untimely death, Snowball was Speaker of the Legislative Assembly in the Hogan government and was acknowledged as “outstanding”. It was in July 1924 as a Nationalist rebel that he supported the no-confidence motion against the (Sir Alexander) Peacock (Creswick Cemetery) government which resulted in the election of his friend George Prendergast (1854-1937) as Premier and the short-lived Labor government (Jul-Nov 1924).

Residing at Wolsingham – 11 Boxshall Street, Brighton he died from obstructive jaundice on 16 March 1928 survived by his wife Ellen née Anketell (d 1948) and was accorded a state funeral.