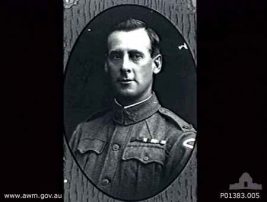 Born near Castlemaine, Victoria on 9 August 1887 the son of William Peeler a farmer and Mary née Scott. Having married Kathleen née Hewitt (d 1969) on 10 July 1907, the lure of war was too great and he enlisted on 17 February 1916 with the 3rd Pioneer Battalion. Wounded during the Battle of Messines on 7 June 1917, Peeler returned to his unit for the final phase of the Third Battle of Ypres, being the assault on Broodseinde Ridge on 4 October 1917.

Initially assigned for anti-aircraft operations attached to the 37th Battalion, confusion reigned when the Germans commenced shelling the assembled positions and Peeler found himself in the first wave of the assault. He rushed a shell-hole killing nine Germans who were snipping at the advancing troops, clearing the way for the advance. On two subsequent occasions, he likewise performed similar feats. In one particular incident, he was directed to a hot-spot in which an enemy machine-gun was firing on the Australians. Locating and killing the gunner, the remainder of the occupants ran to a nearby dug-out where Peeler threw a bomb and shot the ten who tried to escape. In all he accounted for over thirty of the enemy and “displayed an absolute fearlessness” in one of the most incredible sustained pieces of aggression in the war that earned him the Victoria Cross. When interviewed for Mufti in 1966, Peeler said in typical modest fashion;

“I’m not a hero. I’m just an ex-soldier who did his job. I never saw the faces of those I killed. They were just men in an enemy uniform, it was simply them or me. I don’t think I was brave – not any more than the other Aussies with me. I simply had a job to do and I did it”.

At the subsequent battle of Passchendaele on 12 October Peeler was wounded, but returned to his unit in May 1918. Later that year he was one of a group of VC winners selected for furlough leave and returned to Australia in October with the rank of sergeant. With the construction of the Shrine of Remembrance completed in 1934, Peeler was appointed custodian (1934-64) a position he held until his retirement 30 years later and as a public face of the Victoria Cross recipients, came into contact with many prominent persons, including in January 1936 Baron Gowrie VC, on the day he was sworn in as Governor-General of Australia.

In the Second World War, understating his age by fourteen years, he enlisted on 29 May 1940 (VX8345) and became with Walter Brown VC (1885-1942) and Arthur Blackburn VC (West Terrace Cemetery) one of three Victoria Cross recipients to enlist for active overseas service. He fought in the Syrian campaign with the 2/2nd Pioneer Battalion only to be captured by the Japanese at Java in March 1942 but against all odds survived the horrors of the Burma railway as a prisoner of war; his son Donald (VX93902) was killed at Bougainville on 31 December 1944.

After a life that can only be described as eventful, Peeler died at his residence 10 Moore Street, Caulfield South on 23 May 1968 aged 80.