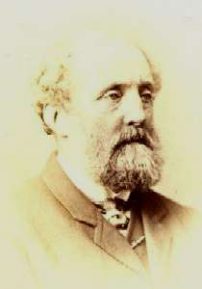 Pearson was born on 20 September 1818 into an old Scottish family at Hilton, Kilmany, Fife, Scotland the son of Captain Hugh Pearson RN and Helen née Littlejohn. After his father’s death in 1839, he abandoned his love of the sea and attracted to stories from Tasmanian pioneers of the pastoral prospects of southern Victoria, he migrated in September 1840 on the John Cooper arriving in Adelaide in March and headed straight to the Port Phillip settlement. From there, he drove cattle into northern Gippsland via Albury and Omeo before establishing Kilmany Park pastoral run (14,500 acres) in September at the junction of the Thomson and Latrobe rivers near Sale later purchasing the freehold at auction (1868); at the time only Angus McMillan (Sale Cemetery) and his party of explorers had settled in the area.

Other pastoral stations owned by Pearson devoted to cattle raising were Marysville (22,900 acres); Hill End (23,000 acres); Tangel Hills (15,300 acres) and Grass Hills (15,300). Yet it was the decision to become the largest investor in the famous Long Tunnel mine at Walhalla, Victoria in June 1865 that made Pearson wealthy; his 900 shares purchased at £5 each soon rose to £212 paying dividends of £512 a share over the next forty years. “Aristocratic in looks and stern in demeanour”, he went on to represent the area in the Legislative Assembly (1864-67) and the Legislative Council (1881-93); The Argus noted that Pearson was “not by any means a demonstrative man in politics, he was one of the class of legislators who are steadfast in their devotion to principle”.