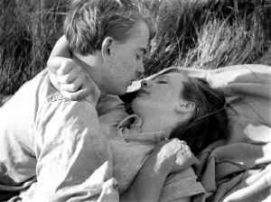 Born Linwood Robert Steven South on 1 February 1923 at Bruce Rock, Western Australia, the son of Robert South a wheat farmer and Dorothy née Dolton; his parents separated when Perceval was eighteen months old and until 1934 he lived with his father (“a tireless, hard worker and impressive farmer…(but) feared for his impulsive temper and occasional violent outbursts”) until his mother’s marriage to William de Burgh Perceval. He then changed his name by deed poll. He won a bursary at Trinity Grammar where he gained an appreciation of drawing but was largely untrained; at the age of fifteen he suffered from a bout of poliomyelitits (polio) that left him permanently lame in his lower right leg.

In December 1941 Perceval voluntarily enlisted in the army and joined the Cartographic Company where he met Arthur Boyd (q.v.) but was discharged after eight months and moved into the Boyd family home at Open Country – Murrumbeena (“the guest who came to stay”); he fell in love with Boyd’s younger sister Mary whom he married in November 1944 and with others helped to establish “Arthur Merric Boyd (AMB) Pottery” (500 Neerim Road, Murrumbeena) having temporarily abandoned painting from 1950 until 1954. The last surviving member of the avant-garde group of artists known as the “Angry Penguins” that profoundly redefined the Australian art scene in the 1940s, Perceval was described as “the humanist and poet” of the group.

His paintings were “energetic and tactile” in technique “characterised by an exuberant use of colour and vigorous application of paint” which often took an intimate and personal view of the subject, his most notable works being from the acclaimed “Williamstown” series painted during the 1950s and ’60s notably “Tugboat in a Boat” (1956), “Buoys in the Sunshower” (1956), “Sulphur Smoke” (1959) and “The Dredge and the Polly Woodside” (1967); just prior to his death “Scudding Swans” (1959) sold for $552,500 – a record for a living Australian painter. But ultimately, as the ‘junior’ Penguin, Perceval’s standing in Australian art is somewhat overshadowed by Boyd, Tucker (q.v.) and Nolan. By the mid-1970s he was a broken man. In financial disarray and suffering from schizophrenia and alcoholism, in 1977 he admitted himself into the psychiatric hospital Larundel where he spent the next nine years. In 1990 Perceval’s contribution to the history and development of Australian art was acknowledged with being awarded the Officer of the Order of Australia.

He died on 15 October 2000 survived by his four children; he once remarked – “Children are the real world. I have fought adulthood all my life”.