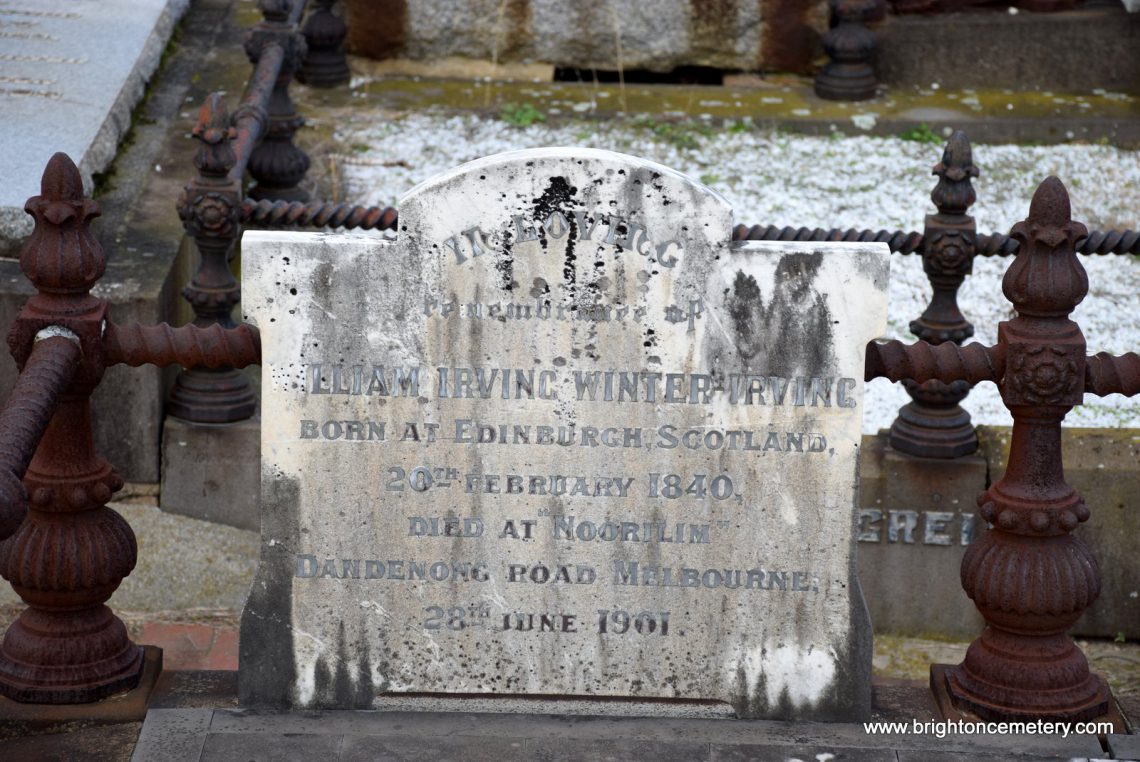 Born at Edinburgh, Scotland on 20 February 1840, the son of John Winter and Janet née Irving; in 1888 he changed his surname by royal letters patent to “Winter-Irving”. John Winter brought the family to Australia in 1841 arriving on the William Mitchell and settled near Ballarat where after his education at Scotch College, Melbourne Winter-Irving assisted his father in managing the Bonshaw Estate.

In 1857 the family moved to the lower Goulburn Valley where the four Winter brothers – John, James (1834-85), William and Irving (q.v.) – entered into partnership purchasing a number of stations; by 1870 the Winter family had spent some £200,000 to acquire over 250,000 acres including Corop, Caragarac, Toolamba, Colbinabbin (192,000 acres) near Bendigo, Stanhope and Dhurringile. When the partnership dissolved in 1868, Winter-Irving was left with Stanhope near Rushworth on which he spent some £40,000 in improvements and retained an interest in Colbinabbin. He then went on to purchase Tirrengower near Colac and Noorilim on the Goulburn River near Murchison, the later costing £72,000 to erect an Victorian Italianate style mansion in 1877; he also held properties in Queensland.

A Waranga Shire councillor (1865-74), Winter-Irving went on to represent the district in state politics having been returned unopposed to the Legislative Council seat of Northern Province (1884-1901) which he held at the time of his death. Described as “silent and unobtrusive…universally esteemed as a shrewd man of thoroughly sound judgment”, in 1889 he moved to Melbourne and in 1893 bought Noorlim – Dandenong Road, Armadale which housed his collection of fine arts.