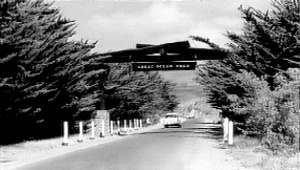 Born to the parents of Thomas McCormack and Emily née Ewen on 1 January 1879 at Heathcote, Victoria and educated at the local state school. McCormack began his distinguished engineering career as a clerk with the Seymour Shire (1898-02) before being appointed secretary and engineer at Mirboo (1902) and later at Lockhart (New South Wales) and Korumburra (Victoria) where he acted as consulting engineer in its first twelve months of existence personally overseeing the laying of drainage and road works at Wonthaggi. In 1909 on account of his experience and knowledge of roads, in particular along tourist routes, McCormack was appointed first assistant to Charles Catani (q.v.) in the Public Works Department (1909-13) assisting with the construction of roads, bridges and harbours. With the increased use of the motor vehicle as a means of transportation from the mid-1900s it was soon left to indigent municipalities to fund the construction and maintenance of roads and not surprisingly, by 1912 the appalling condition of the road network, in particular country Victoria forced the government to act.

With the passing of the County Roads Board Act (1912), thanks largely to the foresight of John Mackey (q.v.), McCormack was appointed a foundation member on 28 March 1913; a forerunner to VicRoads, the role of the Board was to provide legal powers to control the distribution of road funding and overseeing expenditure by the various councils. McCormack was ably suited to the role. Experienced with local governments, his diplomatic skills and patient unflappable personality came in good stead when dealing with recalcitrant shire councils. During World War One he served with the 10th Field Company (Engineers) (1916-19), and upon his return, oversaw the construction of the Great Ocean Road, one of Victoria’s greatest tourist assets; the archway at Eastern View opened in 1939 is named in his honour.

In 1928, McCormack succeeded William Calder (Cheltenham Pioneer Cemetery) as chairman embarking on the idealistic plan to construct a road to every farmer’s gate – and a durable one; he encouraged research into construction of roads and implemented many new practices that saved costs. Nor was McCormack removed from nature. Responsible for the planting of some 14,000 trees along the highways, he once commented that “our highways are our front window for many overseas visitors and we do not want the display scars on the face of nature”.

An accomplished pianist and composer, on hearing of his death from pneumonia at Mercy Private Hospital, East Melbourne, the Premier (Sir) Albert Dunstan (1882-1950) said “by the regrettable death of Major McCormack, the state has lost an able administrator and a public-spirited citizen…regarded as one of the foremost authorities of his time on road construction and maintenance and in administration of roads policy”. He resided at Moroka – 35 North Road, Elsternwick.