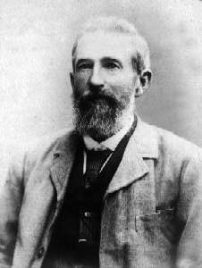 One of four children to Samuel Mason, a corporal in the Royal Artillery and Eliza née Harris, John was baptised at Blackburn, Lancashire on 18 January 1838; the Mason’s were originally from Worcester. In 1849, the family migrated to Hobart, Tasmania on board the convict ship Eliza arriving the following year; Samuel was able to secure a birth as a military pensioner guard and the family eventually settled on an allotment at Richmond. Mason went on to undertake mining pursuits at Rushworth, Victoria before opening a store as a butcher in High Street; business progressed, considerable wealth acquired and he soon became an esteemed citizen. He took an early interest in public matters of the area being elected to the Waranga Council (1871-74, 1884-91), and later to state parliament as the Legislative Assembly member for Rodney (1897-1902) and Waranga (1907-08).

A “thoroughly straightforward and upright man”, Mason died on 3 December 1908 aged 70 during one of the most tumultuous periods of Parliament – the defeat of the Bent (q.v.) ministry. Mason resided at Paringa – 113 Grey Street, St. Kilda, survived by his wife Annie née Delaney whom he married around 1863. The Murchison Advertiser said of Mason that he “made no pretensions to being an orator but he stood very high in the esteem of members of all sides of the House”.