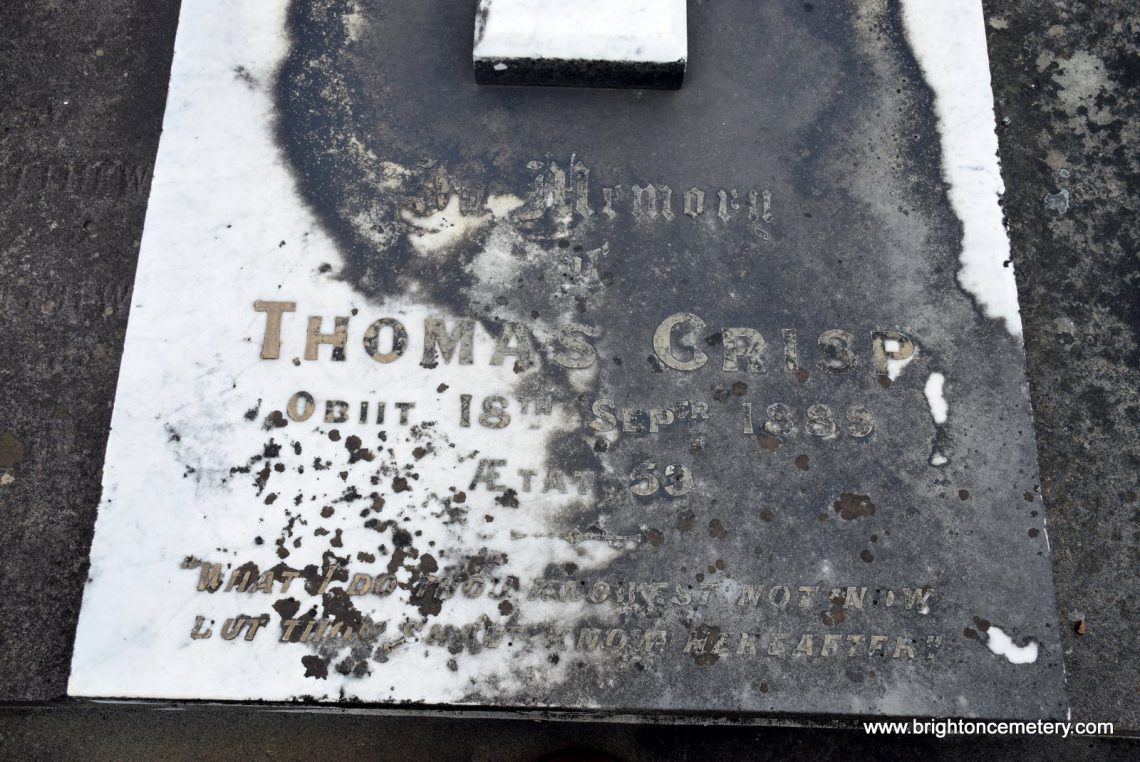 Little information is available on Crisp, but the available facts show that he was elected to the Brighton (Borough) City Council serving as a councillor from 1865 to 1874; as well as being elected mayor in 1865-66, he may have served as temporary mayor in his final year after the sudden departure of the sitting Mayor R Hammond. Crisp’s retirement from the Council in 1874 was marked with the controversy surrounding the election of Thomas Bent (q.v.) as Mayor for 1874-75 who had the audacity to seek election having not been a council member but for a few months. Bent was proposed by Crisp resulting in efforts by Cr Thomas Wilson (q.v.) and Cr A Hardham that Crisp not attend the vote for the upcoming mayor; according to Wilson, Crisp replied that “if Cr Bent released him, he would not vote for him” suggesting Crisp had been ‘bought’. Bent’s successful election as mayor was considered crucial in order to thwart the efforts to investigate irregularities when Bent was rate-collector.

Crisp served as a director on Bent’s “Brighton Gas Company” (floated in 1877); in 1887 the two joined forces to successfully block an attempt by residents of Sandringham to form a separate municipality, the trade-off being the extension of the railway line from Brighton Beach to Sandringham allowing Crisp to develop his Linacre Park Estate.

Crisp committed suicide in 1889 aged 59 years; his two-storied home on the corner of Albert and Wellington Streets, Brighton was damaged in the Brighton Cyclone on 2 February 1918.