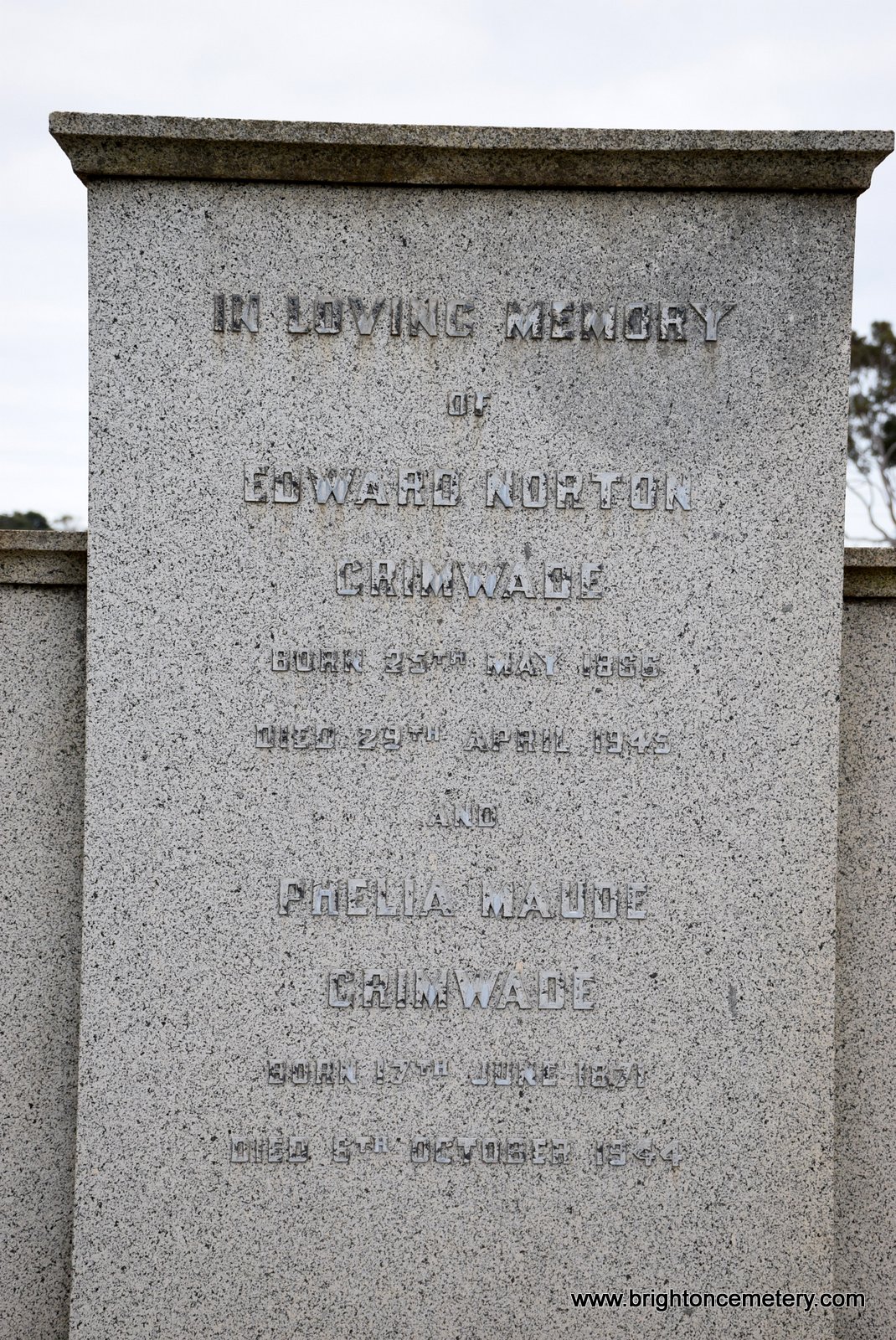 Born on 25 May 1866, the eldest of nine children to Frederick Grimwade (St. Kilda Cemetery) who in 1867 co-founded the firm “Felton, Grimwade & Co” with Alfred Felton (St. Kilda Cemetery). By 1966 the company had business interests in the manufacture of wholesale drugs, dry ice, industrial gases, glass bottles and fertilizers with a paid-up capital of over $85M; one such company, “Commonwealth Industrial Gases Ltd” was created in 1935 from the merger with (Sir) Alexander Stewart’s (q.v.) firm.

As the eldest son, Norton was groomed to take on a leading role in the family business from the beginning. After his education at Melbourne Church of England Boys’ Grammar (1881-82), he was apprenticed in London and enrolled at Bloomsbury Square a noted pharmaceutical school but had to be recalled to Victoria in 1886 before he graduated. Admitted a partner in the firm three years later, he became a director in 1904 after the death of Felton conscious of his responsibilities as the senior member of the family; Norton’s forte was in the area of finance with “an easy mastery of financial detail”. Described as “dark, tall and lean with a ascetic cast of countenance…aloof and unapproachable except among his intimates…his wit was of the dry and penetrating kind”, it was said Norton best resembled his father. Norton’s contribution has been somewhat undervalued: after his father’s death in 1910, it was Norton who took on a greater part of responsibilities ensuring the continuing success of the diverse group of companies; and as chairman of the noted Felton Bequest Committee (1910-45), he was instrumental in the purchase of many prominent works of art for the National Gallery of Victoria, “deserving more credit than he was usually given”.

An ardent photographer, lover of Shakespeare and an excellent after-dinner speaker, he died peacefully at his home, Drusilla at Mount Macedon, once owned by Madam Weigel (q.v.) of pattern and fashion fame; his wife Phelia née Whittingham whom he married on 2 December 1891 predeceased him. His brother Sir (Wilfred) Russell (1879-1955) paid tribute to Norton and his;

“quality of his insight to pick good men, to trust them absolutely with full responsibility until they were found wanting; his energy and versatility of his interests engendered among his subordinates a power of control based on respect and affection”.