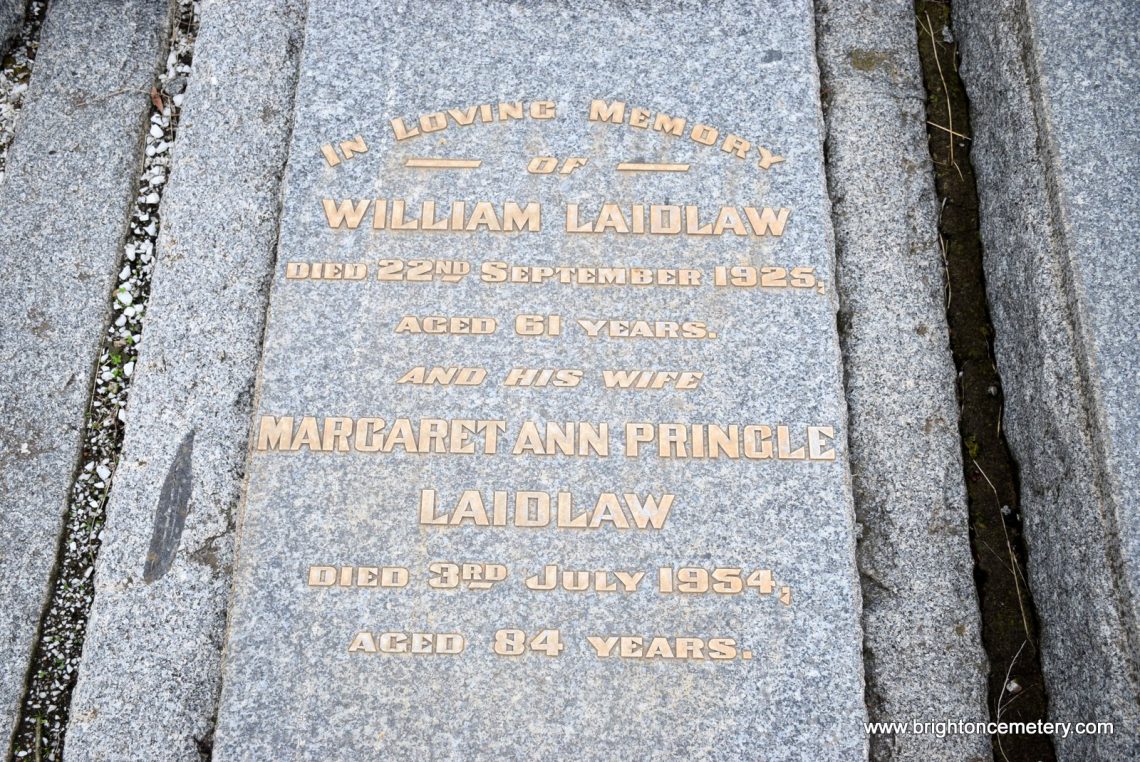 A native of Halmyer, Peeblesshire, Scotland the son of Thomas Laidlaw.  After graduating at the Edinburgh University (B.Sc.), Laidlaw spent some time in Canada before migrating to Victoria in 1908. He soon found work with the Department of Agriculture where he did much valuable work, namely investigating plant diseases. In 1914, after a re-organisation of the department he was appointed head biologist (1914-25), a position he held until his appointment on 14 January 1924 as director of the Melbourne Botanic Gardens and Government Botanist (1924-25), succeeding John Cronin (q.v.) continuing the policy of appointing to the position an officer trained in horticulture which began with William Guilfoyle (q.v.) in 1873. But like Cronin, Laidlaw’s term as director was affected by labour shortages with a staff of just fifty-one in 1924.

Possessing a genial disposition and popular with his staff, Laidlaw died at the gardens after suffering an angina attack on 22 September 1925; the Gardens Advisory Committee in expressing sorrow at Laidlaw’s death paid tribute to his role in amalgamating the National Herbarium with the Botanic Gardens and “his efforts to ensure that the Botanic Gardens served a more useful purpose to the community by offering higher educational and horticultural standards”.